The six new varieties were all selected and bred by Fujian cherry blossom breeding team of Xiamen Botanical Garden. Since 2011, the team had been constantly carrying out the collection of germplasm resources and researches on breeding of new varieties of Fujian cherry blossom under the leadership of Professor Cai Bangping and senior engineer Cai Changfu. After years of observation, researchers have selected a batch of ornamental mutant plants with obvious specificity from more than 1,000 seedlings initially sown. The national plant variety rights won by the team this time is the recognition of its years of efforts.

Let's know something more about the six new varieties of cherry blossom.

Xia Beauty is a category of double flower, which has large and full petals, purple and gorgeous color. It looks like a beauty that amazes the whole city, and that is how its name comes from. The blossom period is from early February to early March. This variety of cherry is adaptive, ornamental, not two strong, thus has a high promotion value in gardens. 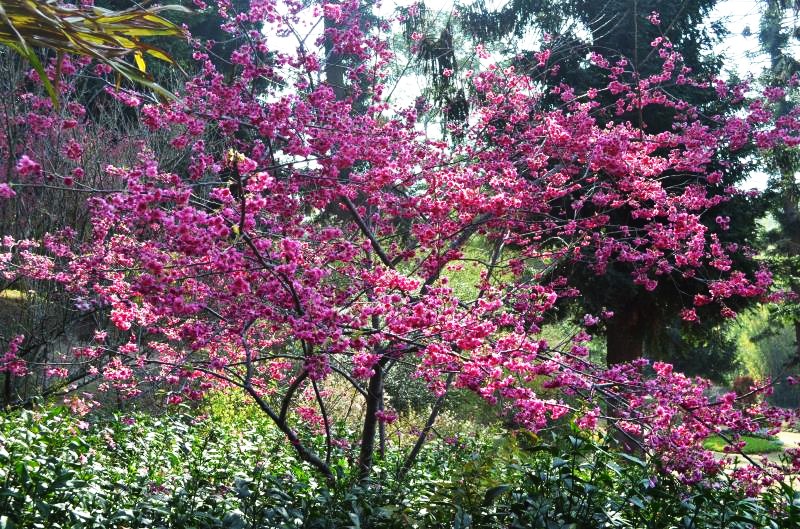 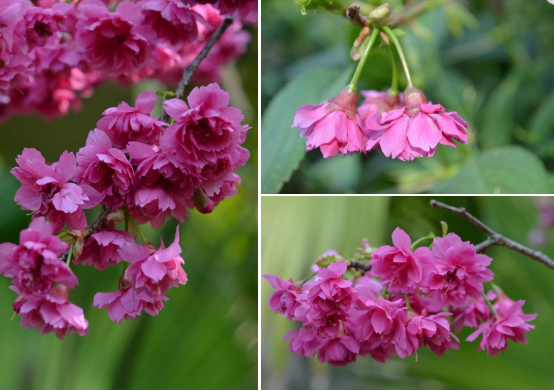 Double Flag has peculiar flowers and fruit. Each inflorescence has 2-3 Standard; Two pistils, two ovaries, and a double fruit. Meanwhile, it has broad and open petals and gorgeous colors. The blossom period is February. The variety of cherry is ornamental, and is widely used in gardens. 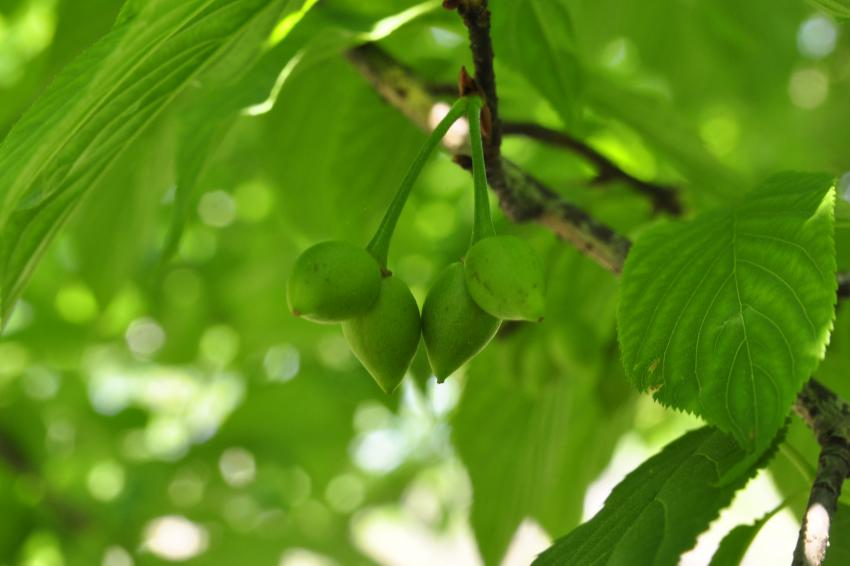 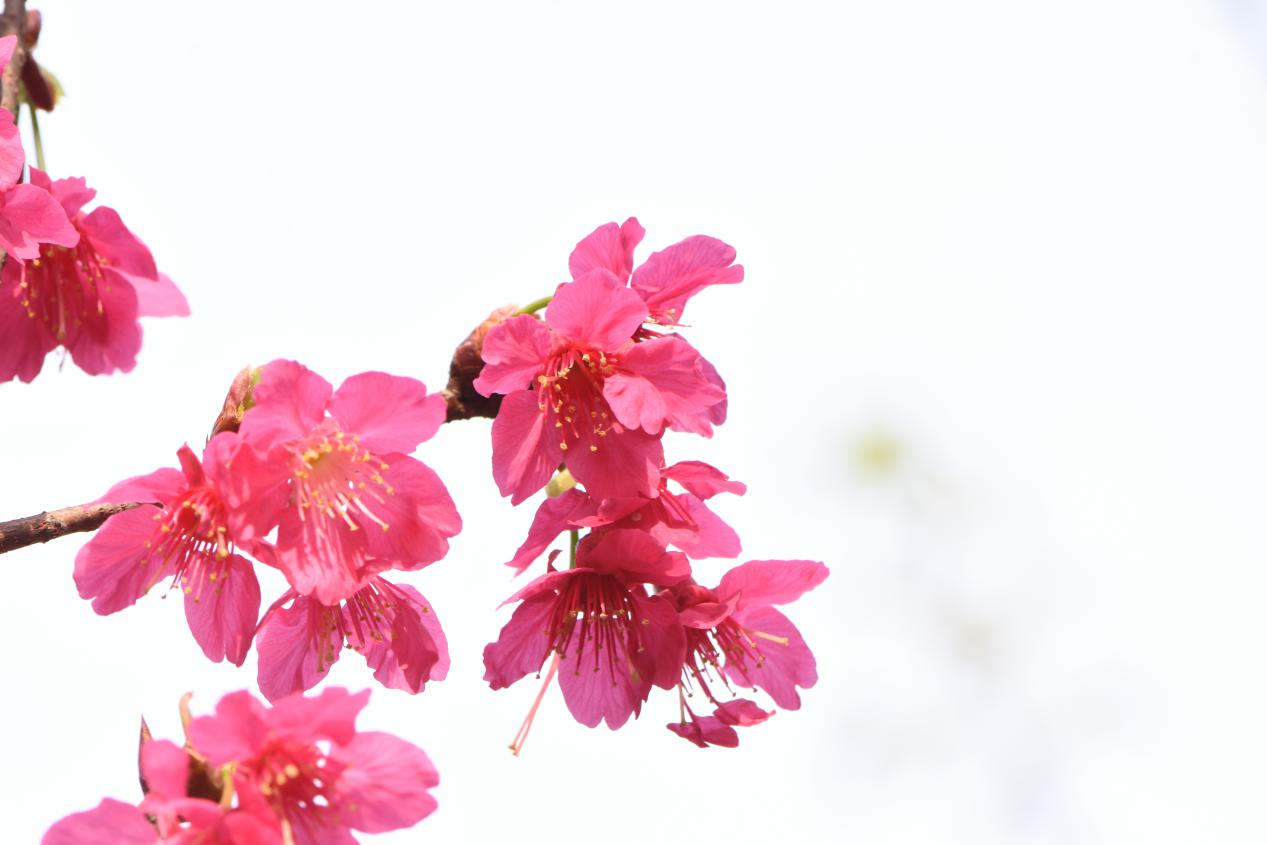 "Deep mountain knows the approach of spring because of the cherry blossom everywhere." This poem well describes the blossom scene of Yuandan Red. The blossom period of Yuandan Red is very early, which is around the New Year's Day and lasts until early February. This variety has large flower diameter, reversed sepals, early fruit stage, etc. It is an excellent variety of early cherry. 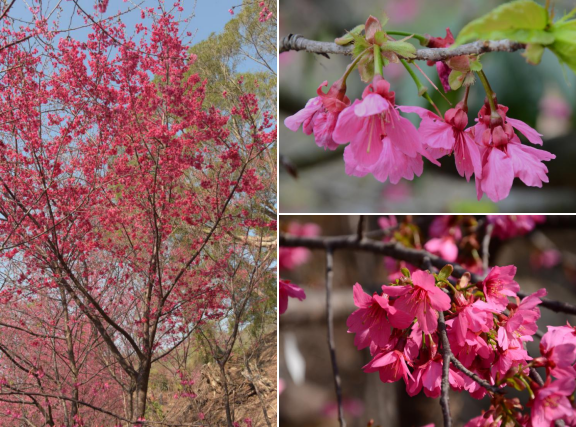 Xiaofei Han has the characteristics of early blossom, pink color, small flower diameter and petal opening. The petals are separated when Xiaofei Coldness is in full blossom, looking like pink butterflies resting on the branches. The blossom period is from early January to early February. 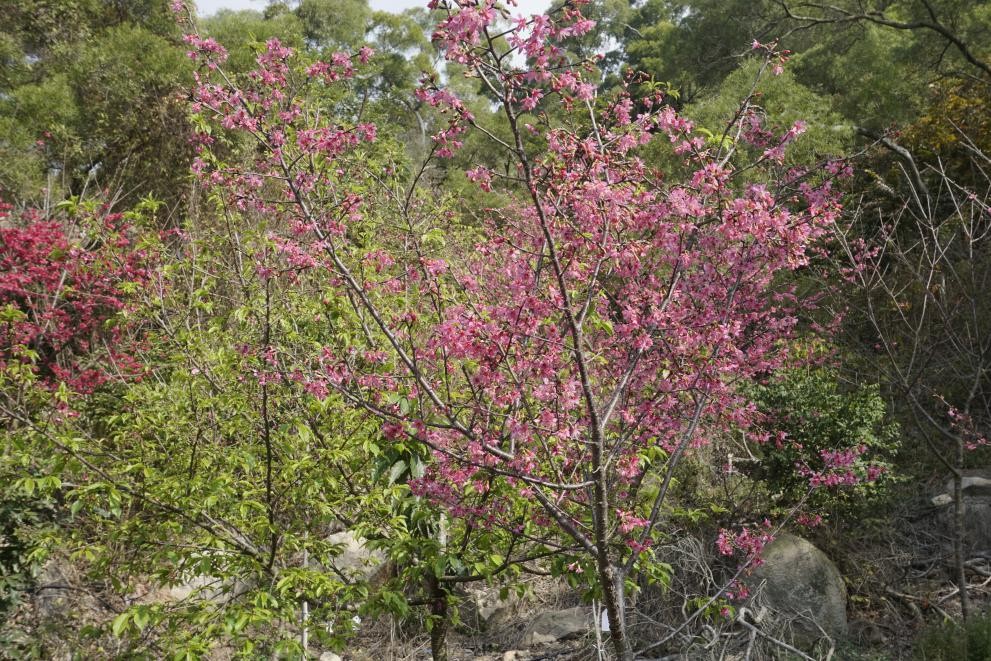 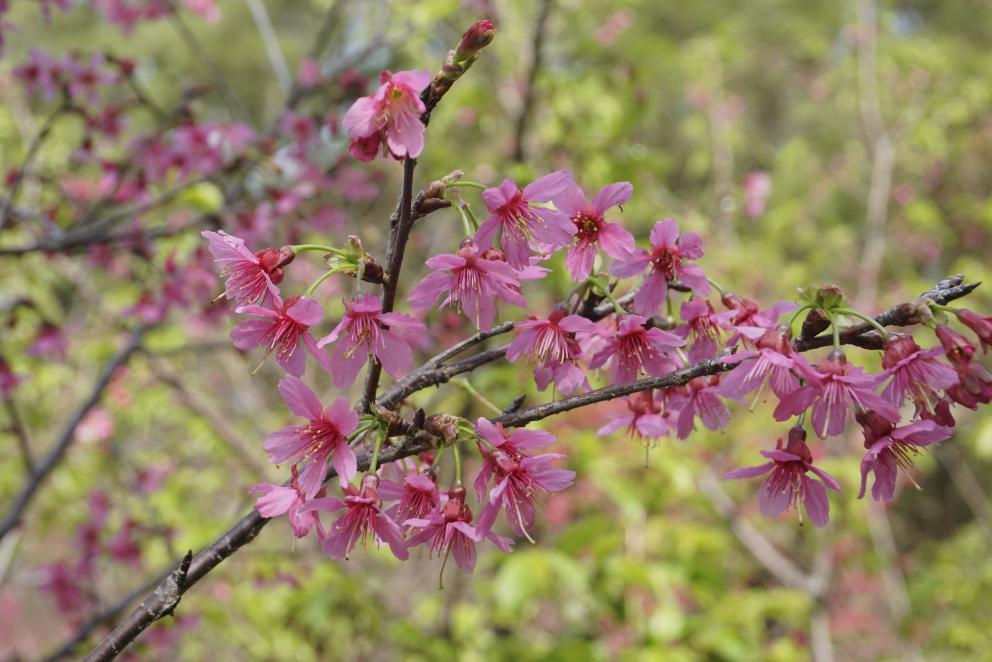 "Missing and missing for long time until we meet each other." is a poem describing this variety of cherry. The main stem of Acacia Red's inflorescence is very long, and has the characteristics of vigorous growth, large flower diameter and gorgeous color. The blossom period is from early to late February. 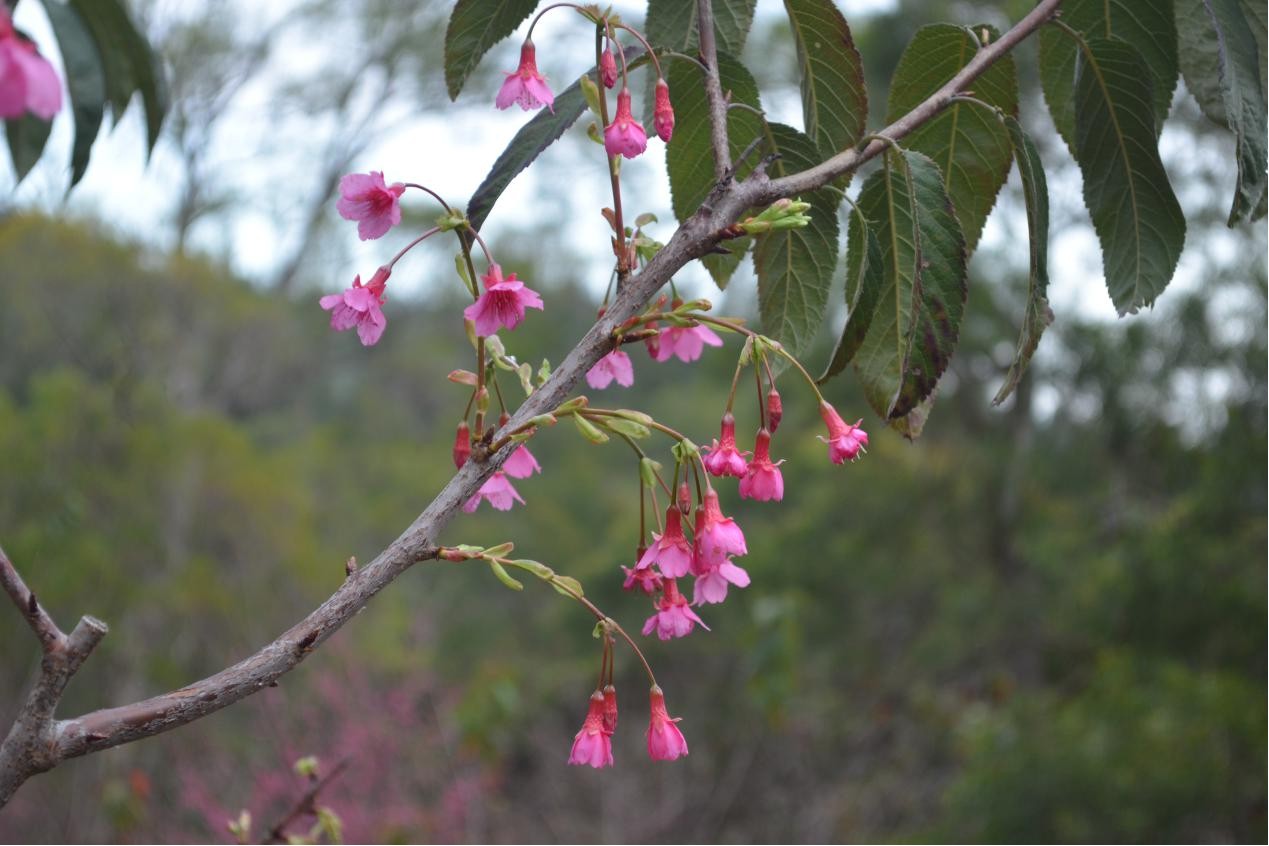 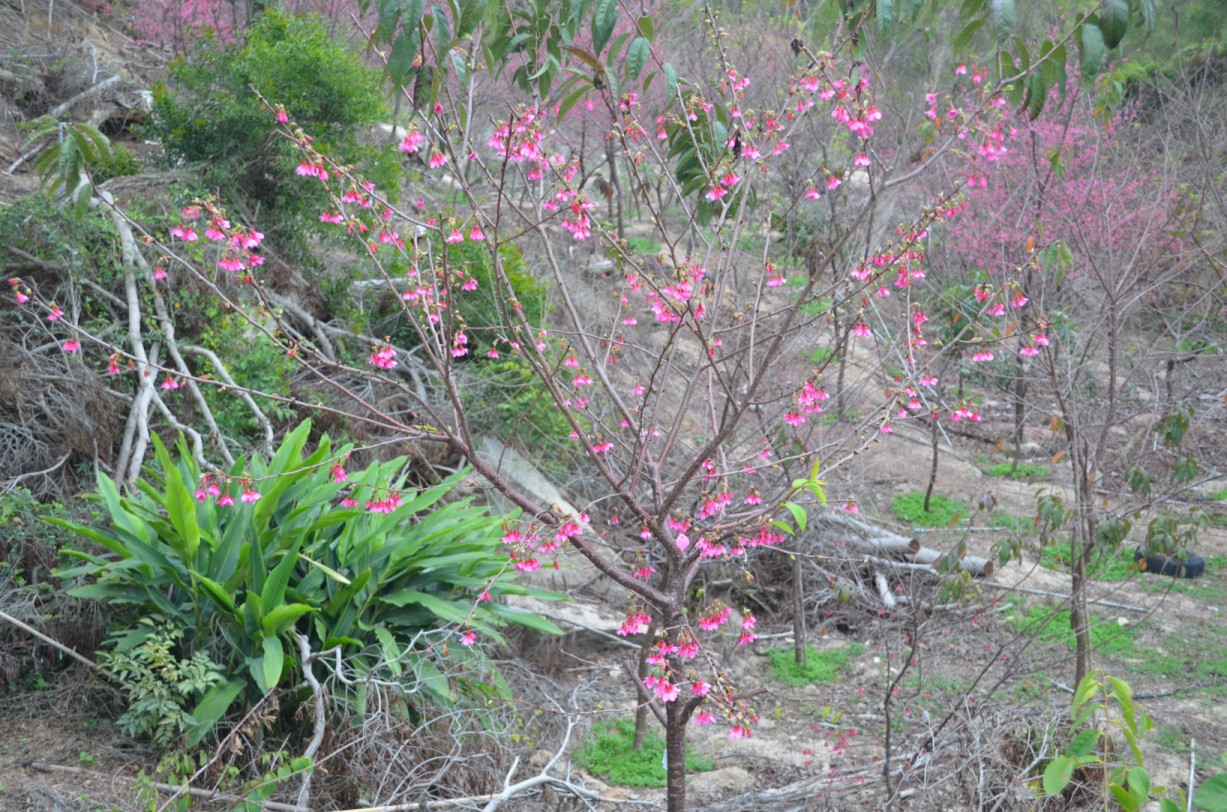 The main stem of Maiden Rose's inflorescence is very long, close to the flower branches. It has small petals, straight flowers, looking like small cotton-padded jacket. After flowering, the petals gradually turn pink, which is highly ornamental. The blossom period is from early to late February. 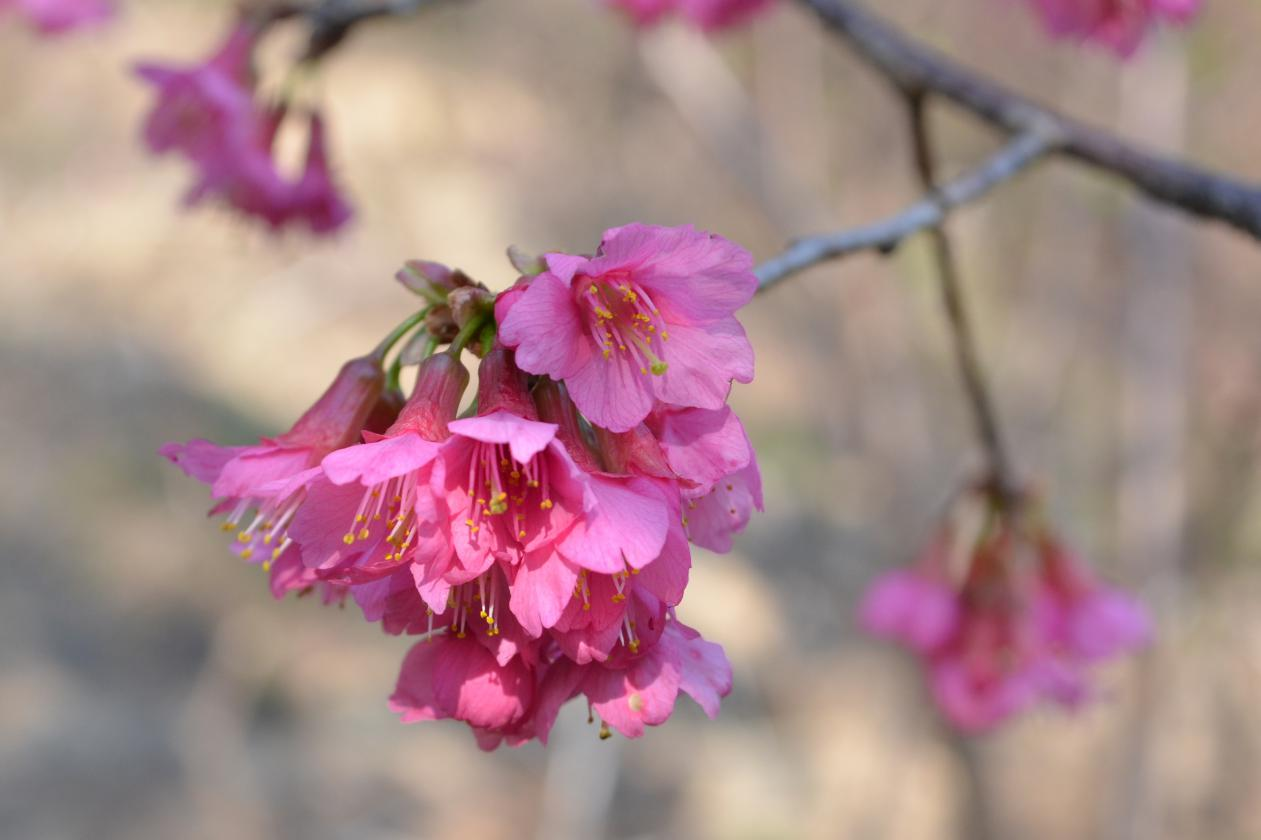 The six selected new varieties of Fujian cherry are different in flower shape and color. In terms of flower shape, there are Xia Beauty which has double flower, Double Standard which has standard and Xiaofei Han which has unfolded petals. In terms of color, there are Double Standard, Yuandan Red and Acacia Red which are rose red, Xiaofei Han and Maiden Rose which are pink, and Xia Beauty which is purple. In terms of blossom period, the six varieties range from late December to early March. If they are planted in appropriate time intervals, the overall ornamental period of Fujian cherry will be greatly prolonged. 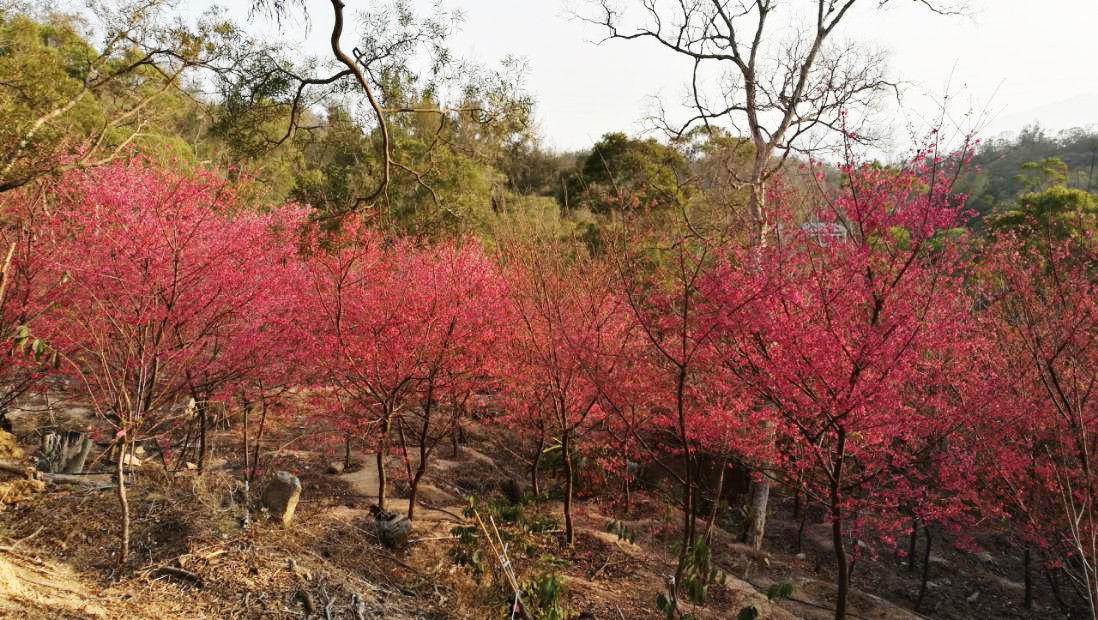 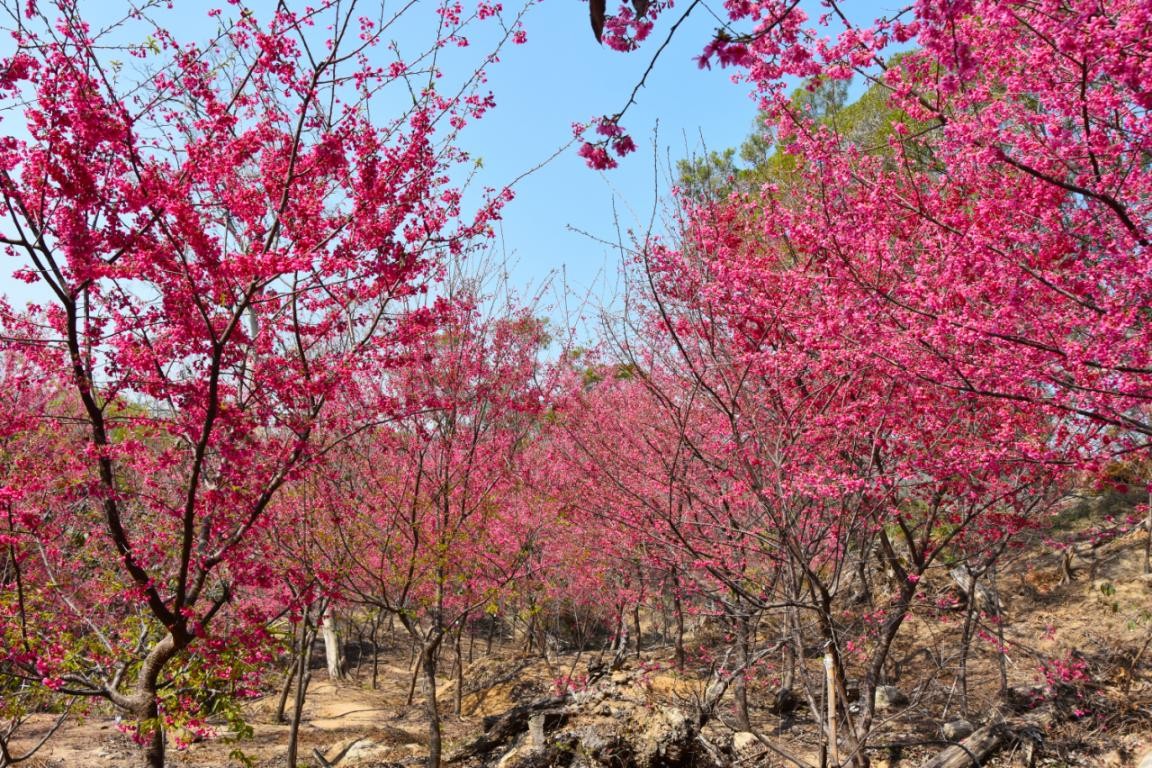